So You Want to be a (Science) Fiction Writer 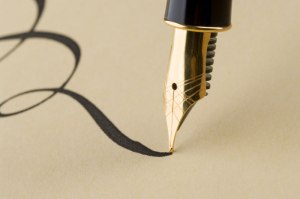 I’m not one who generally dispenses advice to be people about how to break into the writing business or to assess their ability to “make” it.  I’m happy to talk about market trends, what works for me (but may not work for others), the myths and truths of publishing (as I see them), and the challenges of succeeding.

But whether you have the goods to become a successful writer?  That’s not where I generally I want to go.

Having said that, now I’m going to ignore it.

Do you have the goods to be a writer?  Yup.  Everyone with even a modicum on education can write a story or an article.  My ten-year-old daughter tells and writes stories all the time (I love them, but I am biased).  Anyone willing to sit down with a pen and paper, at a keyboard, or whatever you’re implement of choice may be, can write, and therefore be a writer in the most general sense.

But that’s not what most people mean when they ask me that question.  Here’s the hard truth about making a living as a writer: its hard work and just like being a doctor, an engineer, an electrician, or a barista, it’s not for everyone and not everyone can’t really do it.  Don’t get me wrong, I think most everyone has the ability to do any of those jobs, but do they have the mettle to make it?  That’s where I think they come up short.

Just like with all those professions I mentioned, writing requires a certain skill set, and if someone is willing to put in the hard hours—10,000 hours according to Malcolm Gladwell—he or she has a good chance of mastering that skill set, and likely finding some success with selling his or her work.  Like most skills, I believe inherent talents play a role, but in the end, I believe most anyone can write and sell fiction (just as I think most anyone can be a doctor), provided they are willing put in the hard work to make it happen.  You might never become a bestseller, you might get lucky and sell your first story, or you might hit it big and go to sell millions of books in dozens of different languages.  Who knows—I certainly don’t.

What I do know is that most people making a living from writing have worked very hard to hone their craft and develop the skills necessary to write stories that will sell.  So if you’re ready to put in those hours with little return other than self-satisfaction (and whole ton of rejection), I firmly believe you can get there, but it requires is that you write.  And write some more.  And more.  And then more . . . .

So stop reading, and go write.

Writer of speculative fiction
View all posts by D. Thomas Minton →
This entry was posted in Inspiration, Writing. Bookmark the permalink.